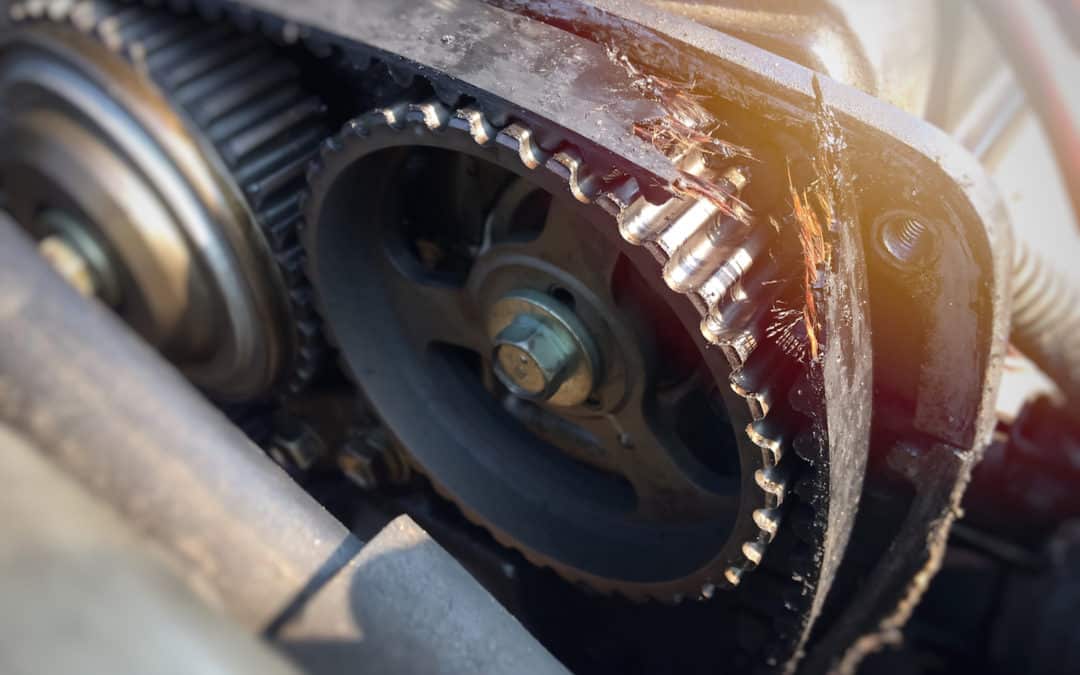 Why are Cambelts So Important?

The engines in most cars are four stroke engines. As the pistons go up and down they suck in air and fuel and compress that mixture which ignites, causing an explosion to shove the piston back down. On it’s way back up again it forces the burnt mixture out again – which, in short, means: Suck, Squeeze, Bang, Blow which you can see in action in the animation below. Although in real-life it operates much, much faster!

With so many parts of metal moving at such speeds, it’s vital that the valves at the top of the engine don’t come into contact with the pistons – which is why timing is crucial. The belt with the arrow on the left hand side of the above animation represents the cambelt, or timing chain. Its job is to make sure that when the piston is heading rapidly upwards the valves remain closed or are only open just enough that the piston doesn’t touch them and so when a cambelt or timing chain fails, this finely tuned system gets out of sync, or out of line which means that the moving parts within your engine are free to collide, causing catastrophic and usually terminal damage.

How To Make Sure This Doesn’t Happen?

Regular scheduled maintenance. When manufacturers design and test engines they attribute a lifespan to different components with a decent safety margin built in. If you look in the service handbook of your car it will tell you when the timing chain or cambelt should be renewed. This is generally related to mileage, but also time. Timing chains are made from metal but cambelts are typically made using rubber and so it perishes with both time, and use, which means that even if your car doesn’t do many miles the cam belt will eventually wear out.

Why Replace The Water Pump Too?

The timing belt or chain on your engine doesn’t only control the opening and closing of the valves but they also drive the pump which moves water around the engine to prevent it from overheating. Like the belt, the pump has a limited life and since neither component is particularly expensive to replace, it is often best practice to change both at the same time to save on labour costs. Plus, the few hundred pounds to do this job now, is far better value than a few thousand for a new engine or car!