Smart Motorways-How they work & how to avoid a fine 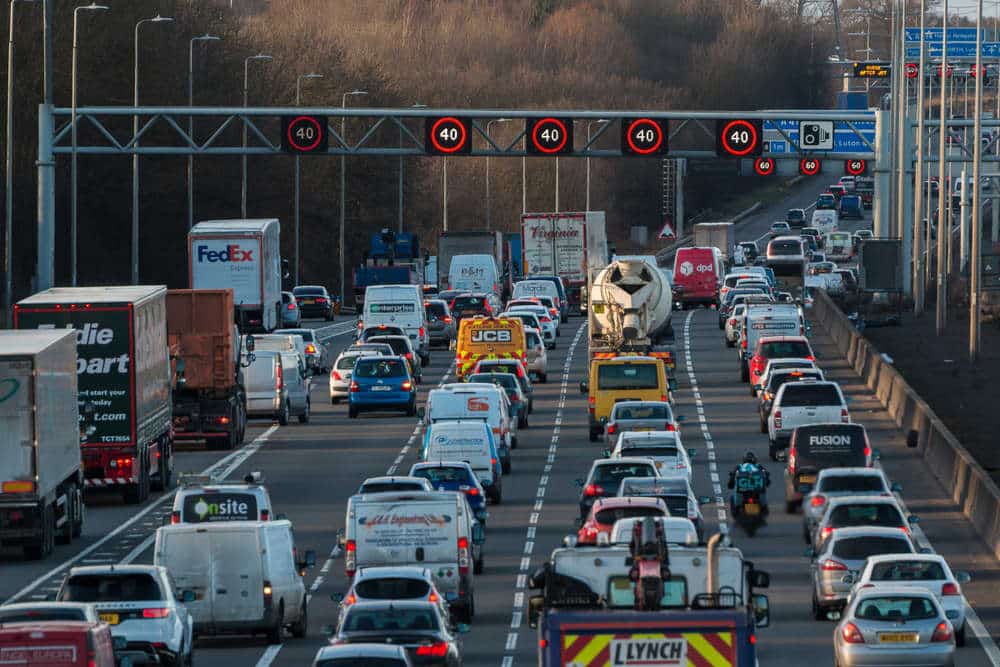 Right now, we have over 20 sections of smart motorway on seven different English motorways. Six more are under construction, and another 18 are in the pipeline. Smart motorways are designed to ease UK motorway congestion by permitting cars to be driven on the hard shoulder at least some of the time, with traffic being monitored via cameras and ‘active’ speed signs which can vary the limit. The idea is that smart motorways effectively add 33 per cent to motorway capacity for much less than it would cost in both financial and environmental terms to add a physical extra lane. But their safety has been questioned and many drivers are confused by the rules around them.
The types of smart motorway The three types of smart motorway currently in use are: Controlled motorway (eg the western section of the M25): variable speed limits monitored via a regional traffic centre. You’re only allowed to use the hard shoulder in an emergency, for example a breakdown. Hard shoulder running (eg junctions 7-9 on the M42): vehicles can use the hard shoulder at peak times to ease congestion. The traffic control centre will put a speed-limit sign on the gantries above the shoulder to indicate it’s in use, and a red X above it when it isn’t. If you use a hard shoulder below a red X you’re liable to be fined. Emergency refuge areas (ERAs) are positioned at intervals for vehicle breakdowns. All lanes running: on these motorway stretches, the hard shoulder works as a normal lane all the time. Again, there are ERAs at regular intervals. The hard shoulder lane may be closed if there’s an incident. If this is the case a red X will be displayed above it on gantries
Smart motorway fines Smart motorways are just like any other road in that ignoring the rules of the road – including speed limits – will see you fined and possibly given penalty points. All smart motorways are monitored by cameras to track traffic incidents and enforce speed limits, including variable ones displayed on the overhead gantries. Breaking the variable limit will see you handed a speeding fine but the cameras also operate even when variable limits are not in place. That means if there’s no limit displayed on a gantry you will still be fined if you exceed the national speed limit. You can also be fined for ignoring the red X lane closed signs. This is currently done manually by police offices but there are plans to switch to automatic camera enforcement.
Emergency refuge areas (ERAs) The history of the frequency of ERAs on smart motorways has been controversial. Early SMs had them every 500-800 metres, but in 2013 the Department for Transport decided that all new schemes would be of the ‘all lanes running’ type and that there could be as much as 1.5 miles between ERAs. Emergency services and breakdown rescue providers were uneasy about this from a safety perspective, both for road users and for their own staff. In an RAC survey, 84 per cent of drivers thought that the hard shoulder was important in breakdowns and accidents, and 82 per cent warned that they would feel “very concerned” in the event of a lane-one breakdown on an ‘all lanes running’ section.
The ability of emergency services to reach accident scenes has been impacted by the effective removal of the hard shoulder to drive along. The strategy devised to get around this was to close the other side of the motorway and get to the accident that way. At the start of 2018, Highways England said that that the distance between ERAs would be cut to one mile wherever possible, and that they would be painted orange to enhance their visibility. Key rules to obey ERAs on a smart motorway are strictly only for emergencies. Once you’re stationary in one, you must wait for permission from the authorities before pulling back onto the motorway. Driving in a motorway lane with a red X on the gantry above it is an offence. At the moment, ignoring this rule will probably only produce a warning letter from the police, but fixed penalty fines are likely to be introduced soon.